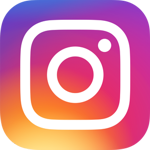 Company Story - From an Idea to Saving Lives

Larry Williamson was just a scuba diver on his first night dive when tragedy struck. Out of air at 140', with no back-up air system, and his buddy was too far away. He panicked for a moment and began racing to the surface. His last thought was "If I only had one more breath of air". He blacked out near the surface. Luckily the dive boat plucked him out of the water just in time. (Read more about Larry's experience.)

After that experience, he began to think about all the other divers in the world that had the same experience as he did. Without extra air certainly people were dying an un-necessary death, and there was no product available that gave extra air in a small, user-friendly, inexpensive way. Using his background in the aerospace industry he began a quest and long journey to take an idea to the market place to save lives.

Image by Benja Iglisis
Several versions of the idea of a canister that held extra air with no hoses came and went before "Spare Air" was born and with it Larry's commitment to educate the world about preventable drowning and safe diving. Spare Air was patented and was shown at its first trade show in 1979. Since then over 350,000 units have been produced and sold world-wide. The first "testimonial" letter the company received where someone saved their life with the product was February 1983. The testimonial letters poured in over the years, with over 200 letters received so far. Read what people just like you have to say about Spare Air.

Soon after the success in the dive market other industries began to call and ask if they could use Spare Air in their situations as well. It was modified and sold to the military in 1984 under the name Helicopter Emergency Egress Device (HEED) to help helicopter personnel from almost certain death in the event of an water crash. It is now used by most military and government organizations here in the US and in most developed countries around the world. The best part is that several dozen lives have been saved and many more people have reduced injuries due to the use of this product. The Navy has also adopted the product to protect workers from smoke inhalation in the case of an engine room fire. Spare Air has been used in a myriad of movies such as Jaws, Waterworld, Spy Kids 2, Baywatch, The Fugitive 2, Sphere, and Perfect Storm. Spare Air is also used at aquariums around the world and is even used by people who want an extra air source in case of a house or high-rise fire.

So our story ends with the present. The idea of many years ago became reality and with it many lives have been saved. But really, this is still the beginning of what is possible while continuing to provide air to people who need it.

As we celebrate over 40 years in business we look forward to the future and continuing to manufacture a product that makes a difference.

Submersible Systems, Inc. has grown to become experts in building emergency breathing devices and small cylinders. We are located in Huntington Beach, California and proud to say our products are made in the USA.

Lots of copies have come and gone over the 40+ years since we started, but we are proud to be the ORIGINAL and still made in the USA! We are a real manufacturing company who will pick up the phone when you call. Submersible Systems is proud to be ISO certified, and Spare Air is CE certified!

Submersible Systems is a wholly owned subsidiary of Brownie's Marine Group, Inc., a publicly traded company under the symbol BWMG. More information is available at browniesmarinegroup.com